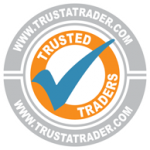 There are many reasons that a drain can become blocked. Bathroom drains regularly become blocked due to a build up of hair within the pipes which worsens over time until, eventually, it becomes completely blocked.

Our experienced drainage engineers will not just remove the blockage for you but can also give you helpful tips and advice on avoiding the same issue from reoccurring in the future.

Toilets can become blocked due to foreign objects such as nappies and sanitary waste being disposed of incorrectly. Perhaps it may even be down to an inquisitive little person trying to find out what happens when they flush an entire roll of toilet paper down the toilet! The best course of action is to dispose of such items correctly in the first place, however, if the damage has already been done then you will want the problem corrected as soon as possible.

At First Response Drainage we offer a one hour response time, 24 hours a day, 365 days a year so you can rest assured that our engineers will be ready to restore your facilities to full working order in a timely and efficient manner.

We all know that we shouldn’t, but most people are guilty of letting food debris wash away down the kitchen drain every once in a while. Over time though, this debris, along with any fatty substances can build up and cause a blocked pipe. This is when you need First Response Drainage. Our friendly engineers will be happy to talk to you before they visit to advise you on the best course of action and, with no call out charge, you will only pay for the time that it takes them to clear the blockage.

Outdoor drains can become blocked by leaves or other garden refuse, especially following heavy rain or storms. It is not always possible to keep your garden clear of potential drain blockages so if you do find yourself with a blocked outdoor drain give First Response Drainage a call. Once the blockage has been cleared we will carry out a free of charge CCTV survey so that you can see our outstanding work for yourself. This will give you the peace of mind of knowing that the job has been completed to the highest possible standard. 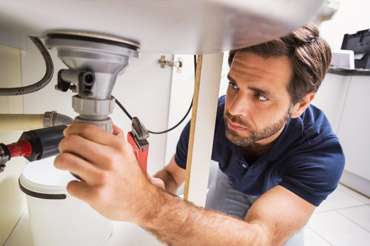 We are a member of a Trustatrader
and we think our reviews speak for themselves:

Can’t recommend First Response Drainage highly enough. I had a problem with seepage in my garden which turned out to be from tree roots growing into my sewage pipes. They sorted out the problem replacing pipework in no time at all, and all at a price I was pleasantly surprised by. Five stars *****

Thank you very much First Response! My toilet became blocked on the day of my son’s 4th birthday party and I was so stressed! As soon as I phoned First Response impressed me with their service. Friendly, Fast, Tidy and value for money.

I had a very very blocked kitchen sink. I phoned First Response and they arrived promptly and fixed it in no time. The service was friendly and the person who came to fix was tidy and friendly.